The Prairie du Chien Police Department has released information on a number of incidents that involved the department’s K-9 Unit.

On Monday, the department received information that an inmate of the Crawford County Jail had various kinds of controlled substances in his jail cell. 0.5 grams of Heroin, 14.6 grams of Methamphetamine, 32 Suboxone strips with the two vials of suspected Suboxone totaling 19.1 grams, six syringes, four Adderall tablets, and a Fentanyl patch were seized during the search. It is believed that the inmate, 31 year old Ura Giengerich of Sparta smuggled the items into the Jail by concealing them in his person when he turned himself in to serve his sentence. Charges for three counts of Possession of a Schedule I and II Narcotic Drug, Possession with Intent to Deliver Schedule III Narcotic Drugs, Possession with Intent to Deliver Methamphetamine, Obstructing an Officer, Damage to Property, and two counts of Possession with Intent to Deliver Controlled Substances in a Jail are being referred to the Crawford County District Attorney’s Office. The incident is under investigation.

On Monday, April 18 the K-9 Unit conducted a traffic stop near the 100 block of E. Webster Street for a vehicle with improper registration. After K-9 Phoenix was utilized, officers located drug paraphernalia consistent with Methamphetamine use and suspected Methamphetamine. The driver was arrested and transported to the Crawford County Jail where he was charged with Possession of Drug Paraphernalia, Possession of Methamphetamine, and Operating a Motor Vehicle while under the Influence of a Restricted Controlled Substance.

On Friday, April 1, a report was received of a female who was suspected of being under the influence of a controlled substance while operating a vehicle with children. The K-9 Unit located the vehicle and conducted a traffic stop. The officer observed signs of drug impairment and utilized K-9 Phoenix. After the officer observed the driver’s 10-year-old daughter holding tightly to her purse, the driver admitted that Methamphetamine was inside of the purse. The driver was arrested and taken to the Crawford County Jail where she was charged for Operating a Motor Vehicle while under the Influence of a Restricted Controlled Substance with a passenger under 16 years old, Possession of Methamphetamine with Intent to Deliver, Possession of Drug Paraphernalia and Neglecting a Child. The children were safely removed from the scene and provided proper childcare. The Crawford County Department of Human Services and Crossing Rivers Hospital assisted the Prairie du Chien Police Department with this incident. 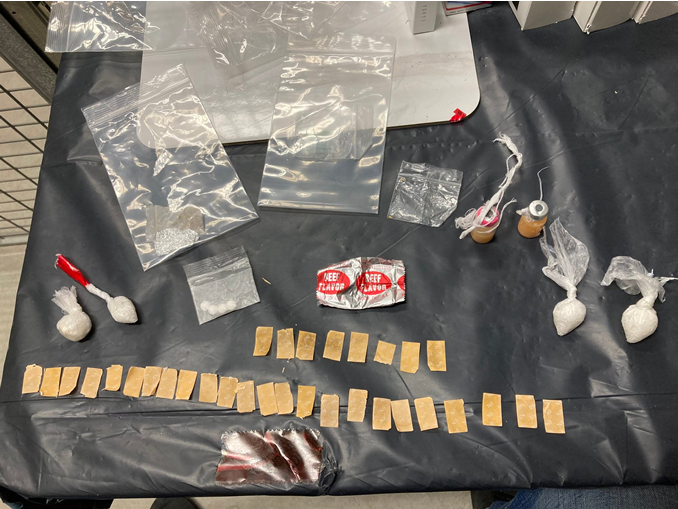